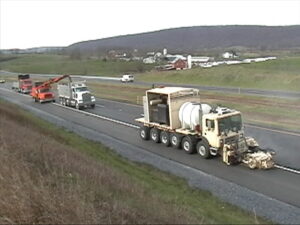 Rumble strips are generally the last item of work on a project, and SPT can cut over 20 miles of asphalt in a single eight-hour shift. This production speed catches many contractors by surprise.

Achieving our production potential translates into lower costs for both of our companies. We request that your appropriate job site employees review the following: