Before & After: Rumble Strip Effectiveness

“Once this gets known, it’s not going to be a matter of “Should we or shouldn’t we?” You’re negligent if you don’t do it.”
— Neal E. Wood, P.E. (retired) Pennsylvania Turnpike Commission, co-designer of the 7″ milled rumble strip. 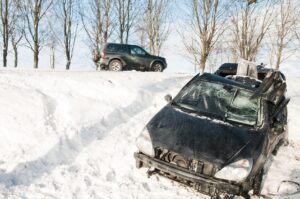 Since the 1950’s, highway authorities have experimented with different types of shoulder texturing with mixed success in reducing drift-off accidents. In 1989, however, the Pennsylvania Turnpike Commission introduced the 7-inch milled continuous shoulder rumble strip. Since then, this design has become a definitive solution in combating the drowsy or inattentive driver.

As the drowsy driver begins to drift off the road he passes onto the rumble strips and is alerted with noise and vibration, putting him safely back onto the road.

In 1994, the International, Bridge, Tunnel and Turnpike Association presented the Pennsylvania Turnpike with the IBTTA Innovation Award for their use of the 7-inch milled shoulder rumble strip.

“…patrons had to travel more than half a billion miles to result in a single fatality. A key aspect of the Mass Pike’s overall turnpike public safety program included the installation of “rumble strips” along the breakdown lanes of the turnpike. According to highway safety statistics compiled by the International Bridge, Tunnel and Turnpike Association (IBTTA), the Mass Pike now operates one of the safest toll highways in the nation.”
— Massachusetts Turnpike Authority, Press Release